AT OUR CHARLOTTE WEDDING VENUE

Take a look at the beginning for lovely couples who started their happily ever after at Kimpton Tryon Park Hotel. Luxurious guestrooms for pre-wedding prep, delicious catering menus and a grand ballroom make our venue the ideal setting for these couples on their big day.

Ellen and Jake both attended the University of South Carolina, but it wasn’t until a chance meeting after graduation, at the party of a mutual friend, that the two connected. Fast forward a few years and that friend was now a groomsman in their wedding at Kimpton Tryon Park Hotel. 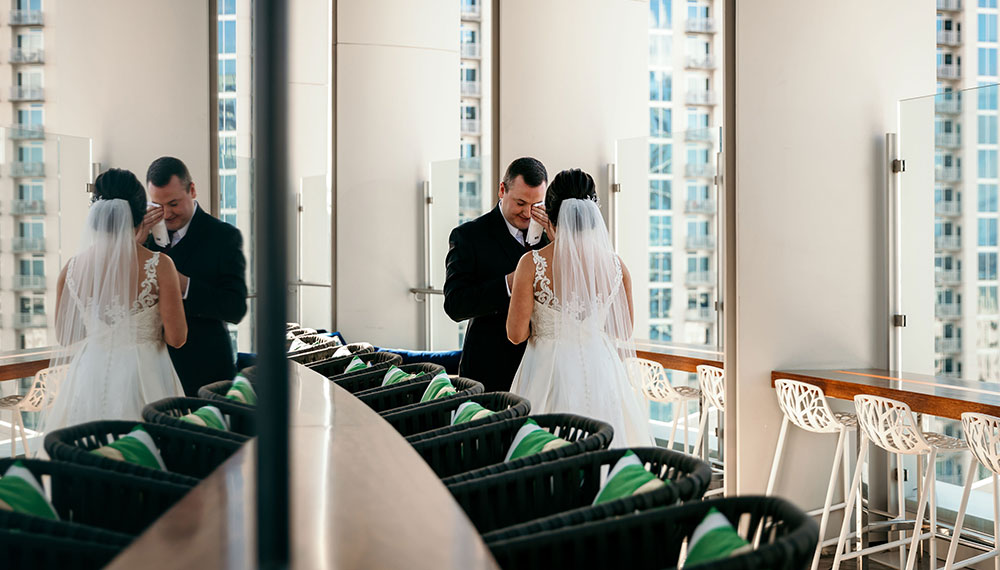 There was no question that Erin and Christopher would say their “I Do’s” in Charlotte, but it was Erin’s desire to introduce Christopher and their friends & family to “the Kimpton love” that inspired them to celebrate with not one but two unforgettable receptions at Kimpton Tryon Park Hotel. 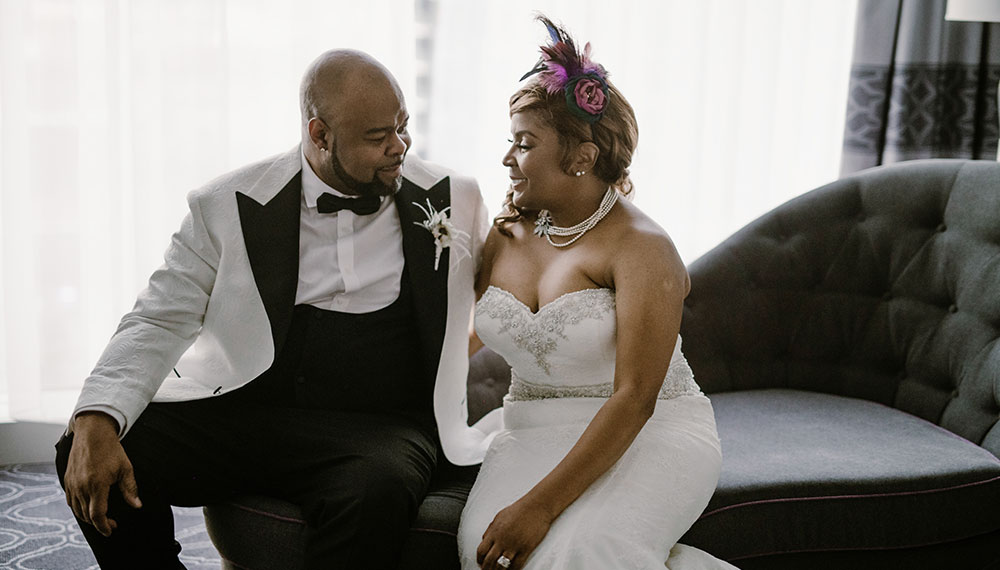 Andrea and Guelord both grew up in the Democratic Republic of Congo, and it was connecting over a bit of home—Swahili lessons to be exact—that brought the couple together in Charlotte. Their wedding at Kimpton Tryon Park was the perfect place to bring their families together for an elegant celebration in the city they consider their second home. 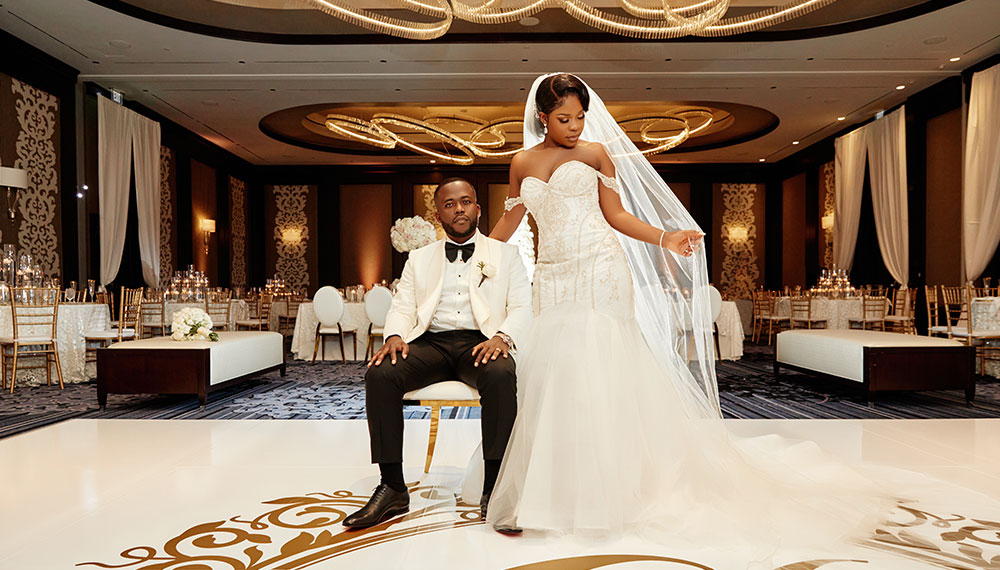 Jay arrived late to an outing with Allison’s cousin and sat across from Allison; they started talking about hockey, discovered how much they had in common and—voila—the rest is history! Learn more about their wedding experience at Kimpton Tryon Park Hotel. 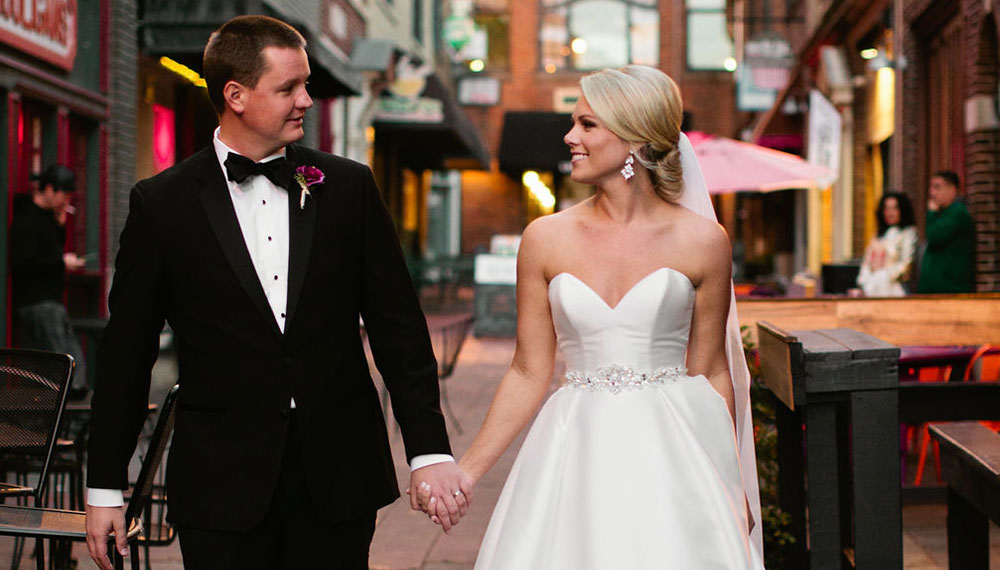 Both SarahMiller and Pedro made distant moves to now call Charlotte their home. They celebrated their first day as husband and wife in Uptown at our very own Kimpton Tryon Park where Kimpton hospitality made them feel like family throughout their most special day. 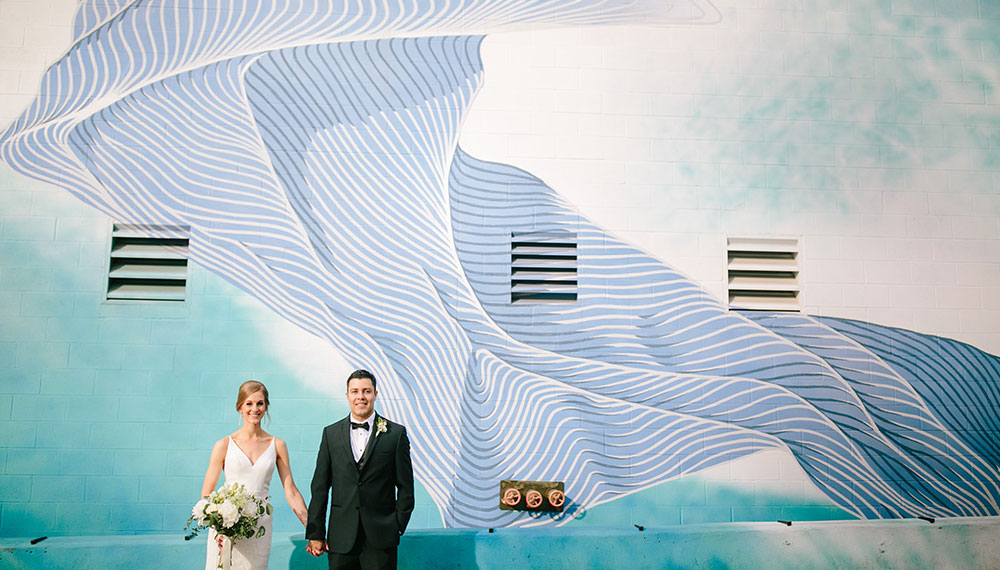 The couple first met on a rainy night while hanging out with friends at a Charlotte bar. As they stood outside exchanging numbers, the rain turned to snow. Twelve years later, they chose Charlotte, NC as the place they would say ‘I do” in front of their cherished family and friends. 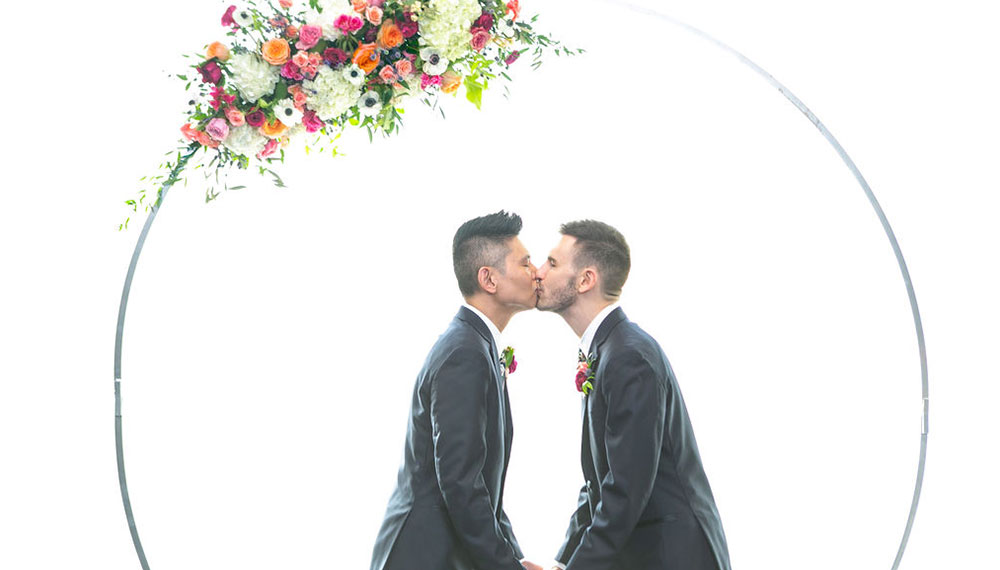